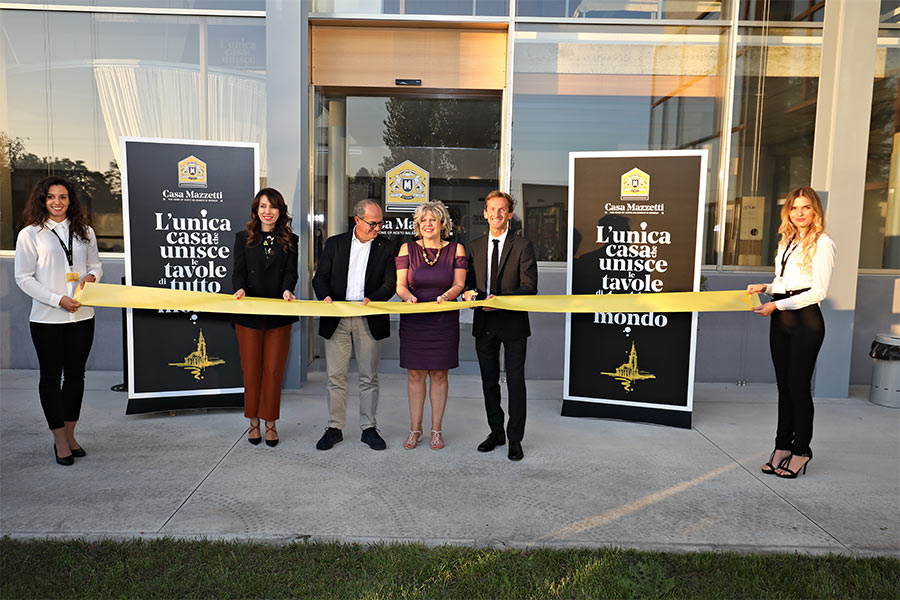 Posted at 15:10h in Uncategorized by mollusco.MEB 0 Comments
0 Likes

Casa Mazzetti – the home of Modena Balsamic Vinegar was officially inaugurated. A project strongly promoted by Acetum founders Cesare Mazzetti and Marco Bombarda and whose objective is to promote the Balsamic culture among the public – an adjective that has made Modena and its province a world-renowned area. The inauguration was preceded by a round-table debate called PDO Tourism, where the voices of attendees were alternated to analyse the experiences and activities of Consortia for the Protection of Italian PDO and PGI products as part of promotion, hospitality and tourist services.
Casa Mazzetti is a multipurpose centre open to tourists, schools, companies, professionals and those keen on authentic flavours. It is a place that can offer guests new stimuli to keep a timeless tradition alive. A celebrated name associated with the company’s most important brand for a 10,000 sqm complex consisting of three buildings, one with for reception area and conferences, and the other two each devoted to Traditional Balsamic Vinegar of Modena PDO and Balsamic Vinegar of Modena PGI. Indeed, at the end of October, Casa Mazzetti will open its doors to the public and offer a unique experience: people will have the chance to walk around a Theatre consisting of 5,600 barrels of Traditional Balsamic Vinegar of Modena PDO, admire the Balsamic Library and enjoy multimedia and sensory experiences by learning more about themes associated with Modena’s great vinegar. Casa Mazzetti is also home to Hercules, the world’s largest vat. With its 274,000 L capacity, as much as 8 metres high and a 7.50 diameter, Hercules is entirely made of slats with no longitudinal joins and has taken away the title from the previous holder, the beer barrel called the “Heidelberg Giant”